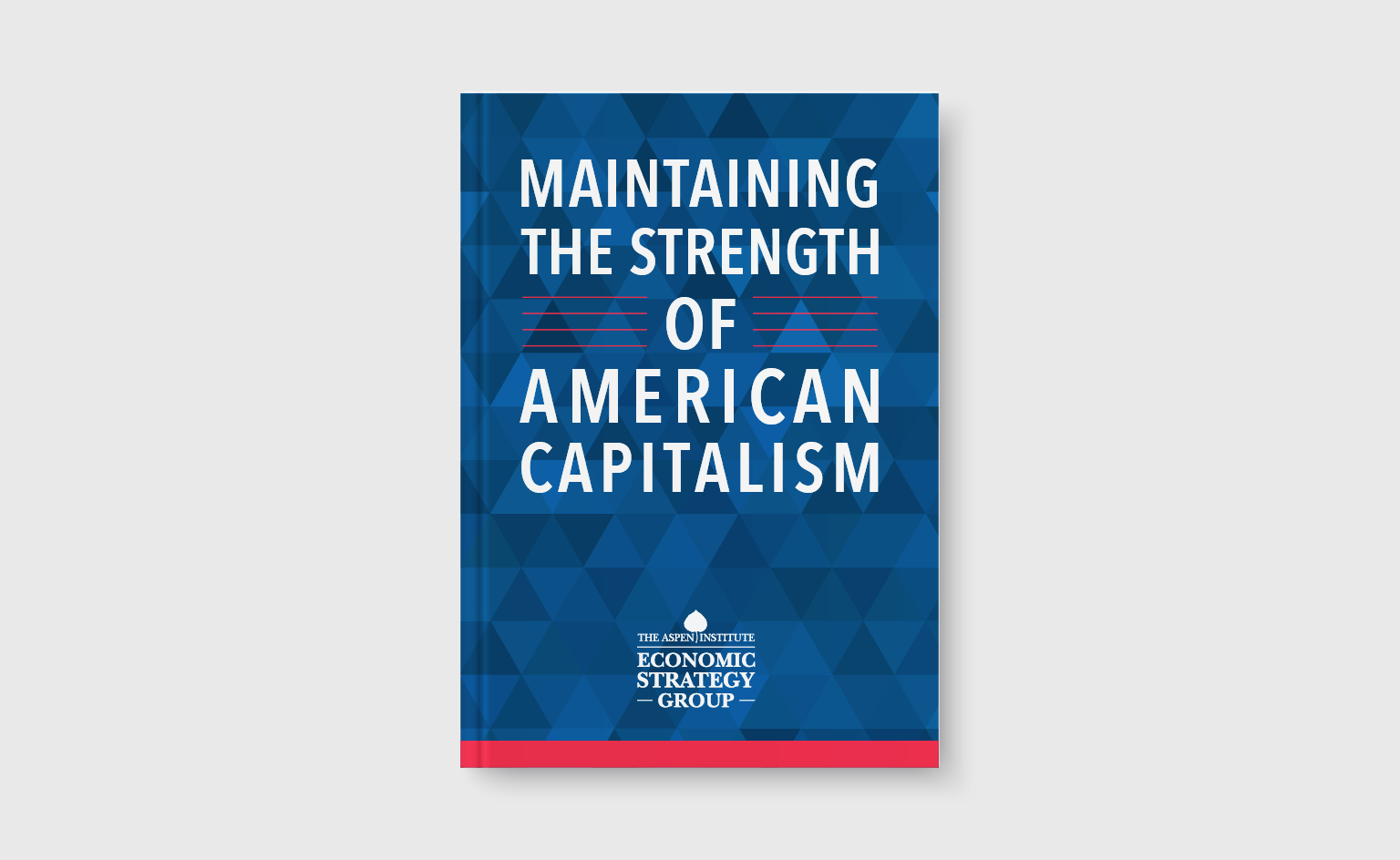 The American economic system has always been the foundation of our national strength. But this foundation is showing cracks—from high levels of income inequality, declining economic mobility, and persistent economic insecurity among low- and middle-income Americans.

The upshot is clear: American capitalism is in trouble. We need to strengthen our system to ensure that more people participate in our economic success. This means updating and adjusting our policies to ensure the outcomes of our market-based economy are consistent with fundamental American values of freedom, opportunity, and equality.

Doing so isn’t just an imperative for economic reasons. We believe that strengthening capitalism is as important for the health of the American economy as it is for the strength of our democracy. High levels of economic inequality will only contribute to increasing political dysfunction.

The essays contained in this volume seek to clarify the lines of debate on some of the greatest economic policy challenges of our time and present evidence- based analysis on how to address them. It examines the hypothesis that growing market concentration is inhibiting a dynamic and competitive economy. Next, it examines the health of America’s fiscal situation and what it implies about the continued strength of our market-based economy. Finally, it takes a hard look at recent policy proposals that would dramatically raise taxes on the rich and expand access to public benefit programs in response to high levels of income inequality and declining economic mobility.

The perspectives presented in this volume are not intended to represent the consensus view of Aspen Economic Strategy Group members. Our goal is to equip policymakers with the best analysis available to better inform decision making and to help Americans better understand the difficult trade-offs our leaders face in making such decisions.

There is no single solution to the challenges facing the American economy. The important role of evidence-based policies with bipartisan appeal, however, is difficult to overstate. This volume cannot claim to represent the end of thinking on ways to strengthen American capitalism, but we believe it provides a useful start.