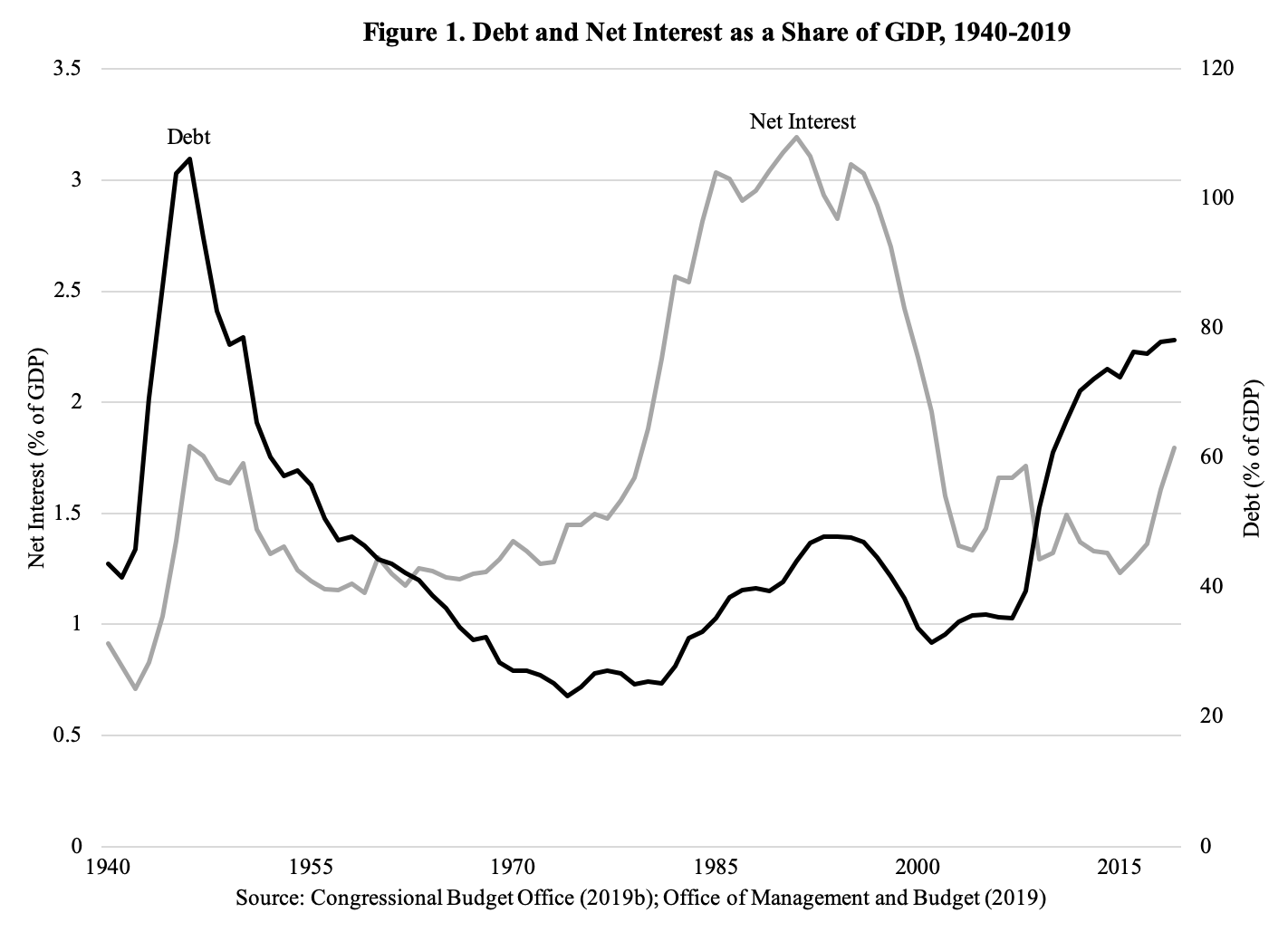 SUMMARY:
The U.S. budget trajectory is in uncharted territory. The country faces a structural deficit, accrued the largest increase in debt on record during the current economic recovery, and is expected to surpass its WWII-era debt-to-GDP record of 106 percent within the next 30 years.

Gale argues that although historically low interest rates reduce the cost of government borrowing, they are not­ a “get out of jail free card.” Rising debt will slowly but surely make it harder to grow the economy, boost living standards, respond to wars or recessions, address social needs, and maintain the nation’s role as a global leader.

Gale argues that policymakers should enact a debt reduction plan that is gradually implemented over the medium- and long-term. This would avoid reducing aggregate demand significantly in the short-term and, if done well, could actually stimulate current consumption and production. Doing so would also stimulate growth in the long-term, provide fiscal insurance against higher interest rates or other adverse outcomes, give businesses and individuals clarity about future policy and time to adjust, and provide policymakers with assurance that they could consider new initiatives within a framework of sustainable fiscal policy. In the short-term, policymakers should increase spending on infrastructure, R&D, children, families, and human capital. He also argues that the federal government should implement consumption- and carbon-based taxes to raise more revenue.