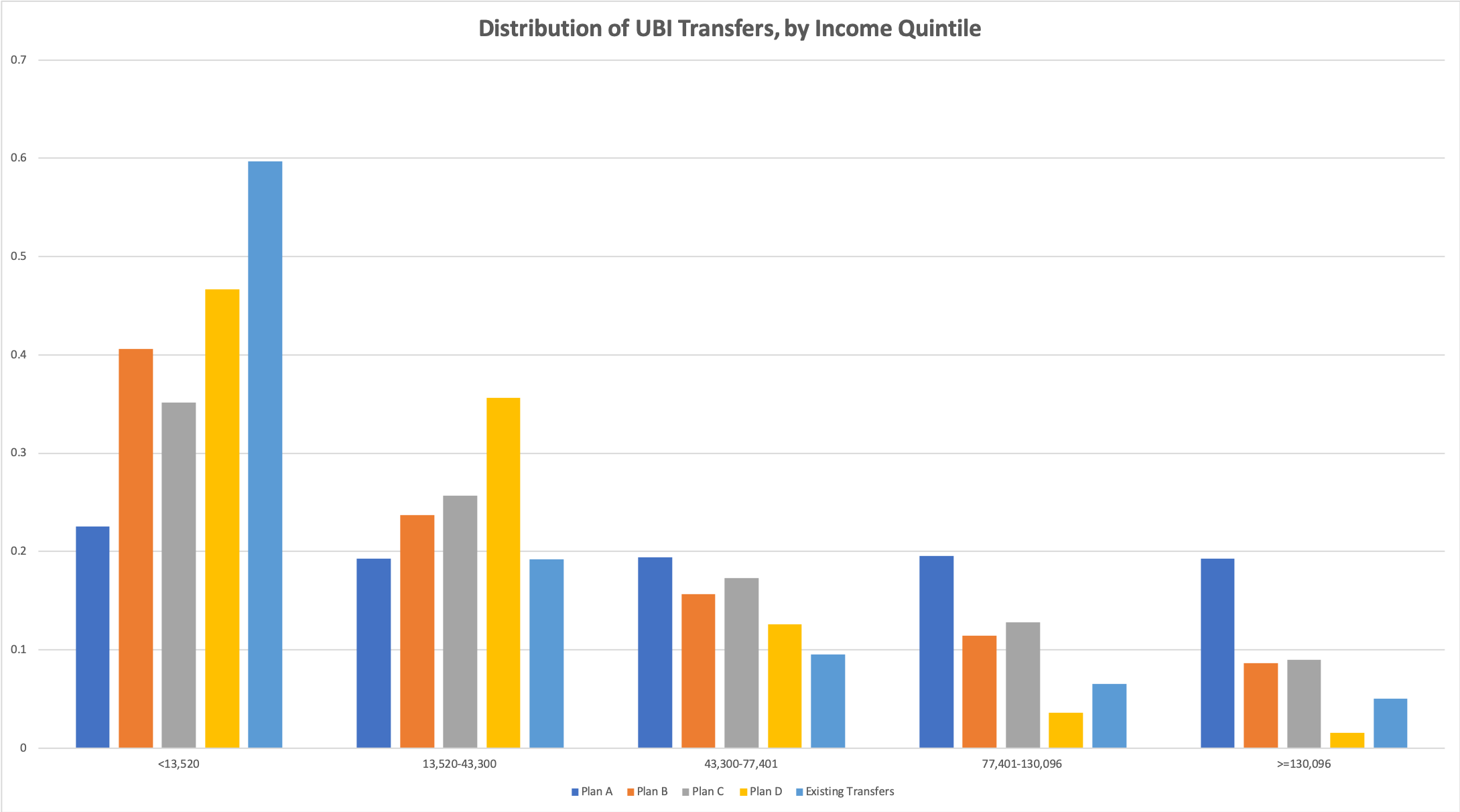 SUMMARY:
There is growing concern that current US transfer and social welfare programs are ill-equipped to address widening income inequality, stagnant income growth, declining economic mobility, and the negative impact of automation. This has led to a renewed debate over the merits of a Universal Basic Income (UBI) program and its capacity to address these pressing issues.

Kearney and Mogstad argue that, in practice, a UBI would be an extremely expensive, inefficiently targeted, and potentially harmful policy that would solve none of the economic challenges it purports to address. First, a UBI that provided $10,000 a year to every American adult would cost more than half of the current annual federal budget. To fund such a program would require the crowd out of existing programs and potential investments. Second, since a UBI is not inherently designed to redistribute resources to the most needy individuals, moving from our current system to a UBI would redistribute resources away from those who are most likely to benefit from income support programs. And third, since a UBI lacks a direct mechanism to help workers learn new skills or broadly support the development of human capital in the U.S., it does not offer a long-term solution to the challenge of weakened employment prospects.

Kearney and Mogstad do not favor a UBI, but they do recommend improved and expanded government programs to expand economic opportunity and address income inequality. Specifically, they favor increased government funding for targeted investments that support families and workers, including early-childhood education, skills training, subsidized daycare and housing, and other initiatives.