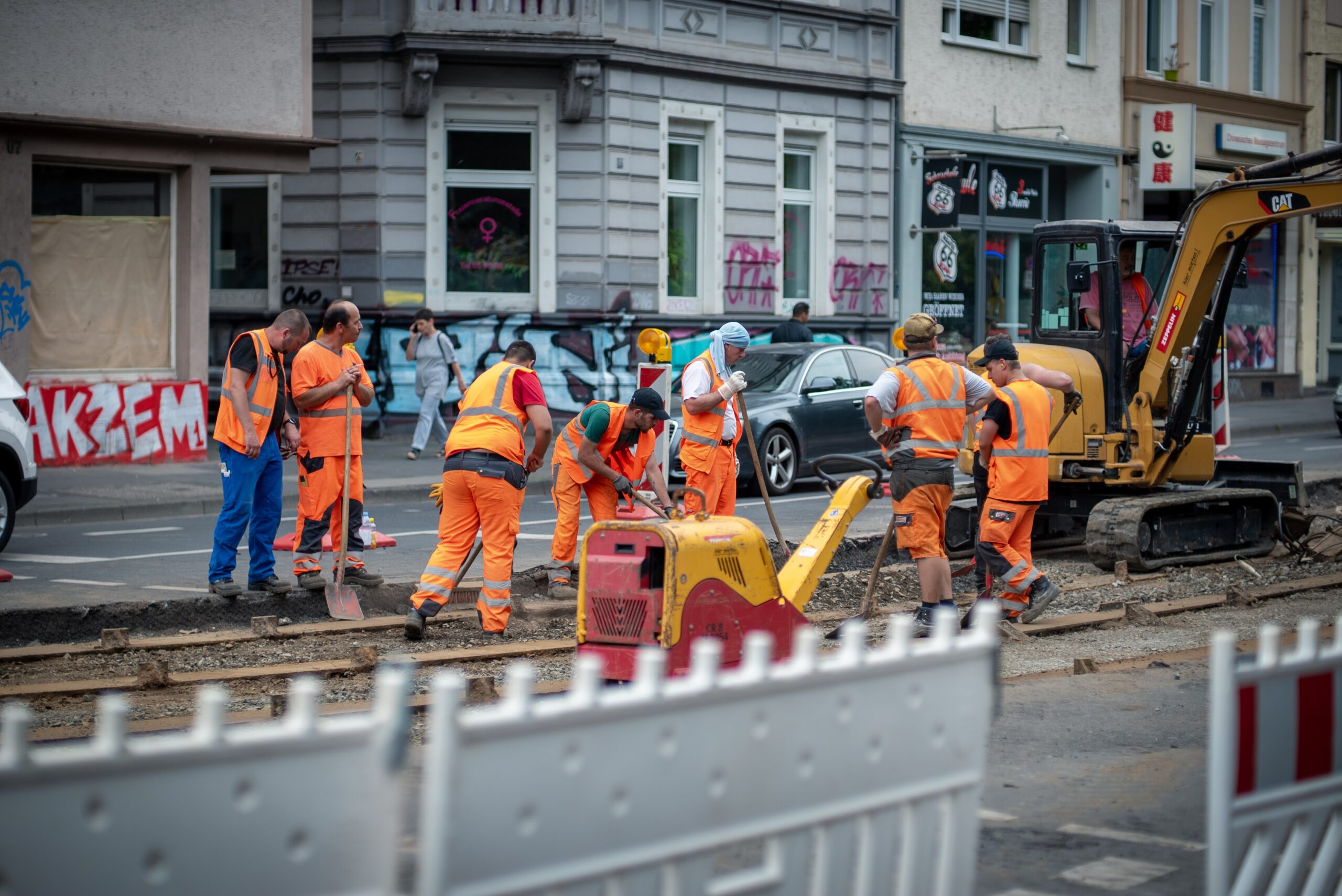 In the AESG report “Data-Driven Opportunities to Scale Reemployment Opportunities and Social Insurance for Unemployed Workers During the Recovery,” economist Till von Wachter (UCLA) describes four immediate policy actions that could be taken to better insure and reintegrate workers at risk of long-term unemployment during recessions. Most, if not all recommendations, could be implemented by specific actors at the federal and state level without establishing new programs or creating new funding streams.

CONNECTING AND TARGETING INCOME SUPPORT AND WORKFORCE PROGRAMS
Income support and workforce programs are underutilized by the most vulnerable workers who are most likely to benefit from them. Though funding for income support and workforce services is often available, many unemployed or low-income workers are not aware of programs for which they might be eligible. Von Wachter proposes enabling government agencies to coordinate together to reach out to targeted groups of at-risk workers with information about income support and workforce services. Von Wachter draws on the example of a novel outreach program deployed by California’s unemployment agency during the COVID-19 recession, which sent messages to unemployed workers about the availability of CalFresh benefits and California’s SNAP program through the online accounts that claimants access for certifying UI benefits.

Government safety net programs, such as state unemployment insurance offices and workforce training offices, often have data that could be used for proactive outreach to workers who are at greater risk of long-term unemployment. However, fragmentation among government agency databases and the lack of an adequate infrastructure inhibits this data from being used to connect with at-risk workers.

Von Wachter proposes to harness existing service relationships between large government programs and the data infrastructure used to provide services to quickly and effectively reach out to at-risk workers with information about additional income support and workforce services.
The most at-risk workers would be systematically targeted with information about income support and workforce services using the administrative individual data that is already used to assess UI eligibility. Von Wachter emphasizes the importance of evaluating the effectiveness of services to continuously improve targeting and service offerings.

IMPROVING EMPLOYMENT-BASED LABOR MARKET INSURANCE, KNOWN AS SHORT-TIME COMPENSATION
Short-Time Compensation (STC), also called “Work Sharing,” provides workers with partial UI benefits while they remain employed at reduced hours with full benefits. The program also provides employers with the opportunity to reduce labor costs by reducing employee hours while avoiding layoffs. Currently, STC allows firms to rehire previously laid off workers on a part-time basis. By temporarily subsidizing part-time work, STC provides flexibility to firms and helps to speed the rehiring process during the recovery. By limiting layoffs, it also helps to minimize the number of job seekers and crowding in the labor market during recessions.

Even if firms permanently reduce employment as a result of the recession, shifting such permanent layoffs into the future when the labor market has gained strength can reduce the long-term cost of layoffs for workers and society. More generally, STC insures workers against earnings losses over the business cycle by linking payments to employment rather than unemployment, helping to reduce work disincentives. STC also helps workers maintain eligibility for the EITC, leveraging the fact that many income supports in the United States are provided through the tax system.

A central challenge to the STC program, which is part of the UI program and available in more than 30 US states, is that it is not well known among employers. Although participating employers are satisfied by the program, there is a lack of awareness among all employers. To increase awareness and uptake among employers, outreach could be targeted to employers in the same ways UI data could be used to target at-risk workers.

To participate in STC programs, firms must first file an STC plan with the UI agency. The plan specifies the number of workers involved, the number of hours reduced, and the number of layoffs avoided. The administrative process of filing an STC plan can be burdensome for a single employer that does not know the program. Since payroll processors have to be notified of reductions in work hours, it makes sense to involve them in filing an STC plan, and because processors serve a large number of businesses, they would quickly gain substantial expertise in filing such plans. Additionally, businesses that operate in multiple states must comply with different STC program rules for each state, which can deter these employers from participation altogether. To avoid these complications, the US Congress should establish a unified set of rules for states’ STC programs and require the program in all states, which would also aid with scaling STC programs for payroll processors.

A third strategy for scaling STC programs is for Congress to require firms to participate in an STC program as a condition of receiving emergency business loans. While not all firms receiving loans will make employment adjustments, the fact that they applied for an emergency loan likely signifies the firm may need to do so during or after the period of the loan.

Von Wachter also argues that STC programs should be automatically subsidized by the federal government during recessions and that firms who participate in an STC program should be exempt from increases in payroll taxes due to a rise in UI receipt by their workforce.. Von Wachter argues the federal subsidy is necessary because firms are unlikely to internalize the social value of reducing layoffs and crowding in the labor market. In addition, enrolling in STC is more costly for firms than either full or partial UI because they must continue to pay for health care and pension benefits and incur administrative costs from joining the program. While in theory firms benefit from retaining skilled workers, the reality in a slack labor market is that firms are likely to be able to rehire laid-off workers.

Finally, von Wachter recommends allowing workers on STC to participate in training while their hours are reduced and while they are receiving partial unemployment benefits. He also suggests firms should be allowed to establish training plans as part of STC that would aim to increase the skills of the workforce.

ADJUSTING THE UI SYSTEM OVER THE BUSINESS CYCLE VIA AUTOMATIC TRIGGERS
There is widespread support among economists for automatically adjusting UI program benefits in response to changing labor market conditions, rather than relying on ad hoc action by US Congress and/or state legislation. The Extended Benefits program, which is available to workers who exhaust their regular unemployment benefits, incorporates triggers for additional weeks of benefits based on state employment conditions. Von Wachter recommends that increases in benefit durations during periods of high unemployment should be tied to automatic triggers. In addition, von Wachter also argues for automatically adjusting eligibility requirements and benefit levels over the business cycle.

USE UI DATA AND RESEARCH TO ENABLE DATA-DRIVEN POLICY
Von Wachter suggests there is a wealth of data in the UI system that could be used to improve our understanding of the economy, the effectiveness of the UI program as a social insurance mechanism, and the administration of the UI program. In addition, the frequency of availability of such data is an advantage that policymakers should use to adjust decision-making quickly in response to changing conditions.

Von Wachter calls for modernizing reporting requirements of states’ UI systems to the US DOL to improve the ability to monitor the economy, assess the functioning of the UI system, and to provide accurate information about the UI program to the public and policymakers. He also recommends expanding data collection during the administration of UI benefits to improve program administration and better target workforce services. Creating a harmonized federal register of UI claims would allow for paying cross-states benefits, and more effective evaluation and research. Finally, von Wachter argues that researchers should be provided access to anonymized, individual-level UI claims for evaluation purposes and that state and federal agencies should develop long-term partnerships with academic and other research institutions to use the data for program evaluation and research.