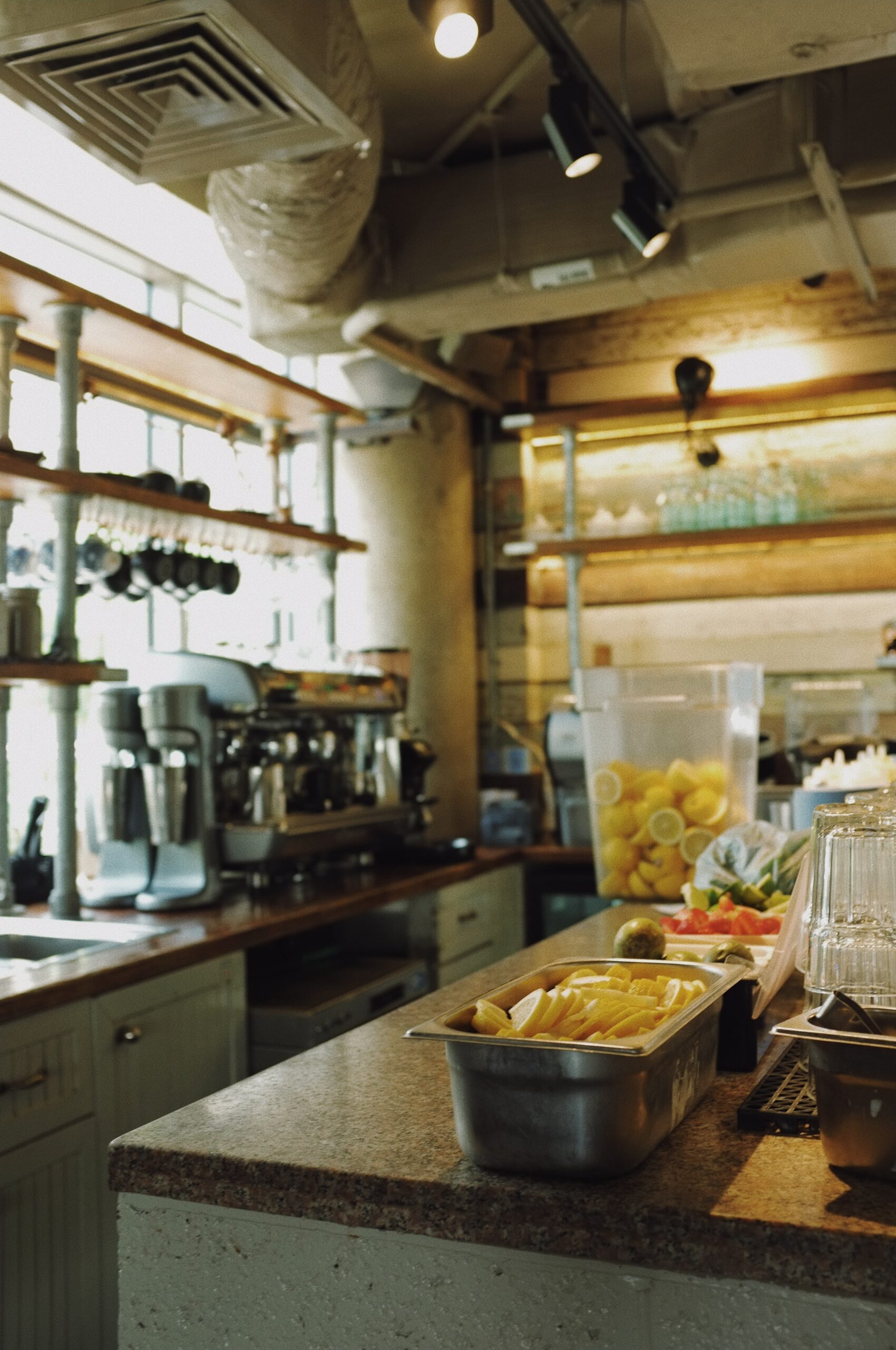 The COVID-19 pandemic triggered an economic shock unparalleled in severity and breadth across the US economy since at least the Great Depression. The spring of 2020 saw unprecedented business closures and revenue declines. The government response was swift and unprecedented in scale. The federal government deployed two novel programs to support small businesses: Paycheck Protection Program (PPP) and the Main Street Lending Program (MSLP). In an AESG report titled “Business Continuity Insurance in the Next Disaster,” economists Samuel Hanson (Harvard Business School), Adi Sunderam (Harvard Business School), and Eric Zwick (Booth School of Business at The University of Chicago) examine the strengths and weaknesses of these programs and draw lessons for future recessionary periods.

The authors highlight the unique features of how the COVID pandemic affected small businesses and draw important lessons from the experiences of the PPP and MSLP. They then examine the economic case for business support, concluding that there was a strong economic case for business support during the crisis, but limited economic justifications for continued assistance during economic recovery. They also describe a proposal for a new program, called Business Continuity Insurance, that could be in place for future recessions.

LESSONS FROM THE 2020 SMALL BUSINESS SUPPORT PROGRAMS: PPP & MSLP
The Paycheck Protection Program (PPP) offered loans to small firms, defined as those with fewer than 500 employees. Firms were eligible for loans up to the minimum of 2.5 months of payroll in normal times and $10 million. Firms applied for PPP loans through private banks, but these low-interest loans were guaranteed by the Small Business Administration. PPP loans would be forgiven if most of the loan proceeds were used to cover eligible payroll and nonpayroll expenses. The extent of forgiveness did not depend on the severity of the shock a firm faced. To the extent the loans were not forgiven, they carried a 1% interest rate with all payments deferred for at least one year and a two-year maturity.

The $600 billion Main Street Lending Program (MSLP) was created by the Federal Reserve and the Department of the Treasury to provide loans of up to $35 million to small- and medium-sized firms. Private banks made loans to qualifying firms, with the MSLP purchasing 95% of the loan and the originating bank retaining 5%. All loans made under the program had a five-year maturity with principal payments deferred for two years and carried an interest rate of LIBOR plus 300 basis points. Firms were generally prohibited from using these loans to prepay or refinance existing debt and were subject to restrictions on executive compensation, dividends, and repurchases.
Both the PPP and MSLP applied broad targeting criteria and both featured delayed repayment. However, the programs differed considerably In the context of loan “softness,” meaning the extent to which repayment would be required in the future. The authors observe that the softer loan terms of the PPP led to a much higher disbursement rate: the PPP dispersed 80% of its allocated funds, as compared to only 3% for the MSLP.

Both programs received allocations of approximately $600 billion in the spring of 2020. The PPP disbursed 80% of these funds in just over three months. In sharp contrast, the MSLP did not begin taking applications until June and expired in December 2020, having distributed just 3% of its allocation. While PPP reached nearly five million borrowers, MSLP issued just over 1,800 loans. Moreover, most of these funds were deployed relatively late in the pandemic in November and December of 2020. The authors thus conclude unequivocally that the impact of MSLP on the economy was limited.

Since the PPP deployed a large amount of funds to nearly five million borrowers, some lessons can be drawn with regard to program design features. The authors highlight several observations:

RATIONALES FOR SMALL BUSINESS SUPPORT DURING RECESSIONS AND CRISES
Policymakers should ask whether providing financial support to small businesses during a disaster would improve social welfare. In the absence of spillovers or financial frictions, the answer is no. However, the speed, scale, and severity of the COVID-19 pandemic made salient the extent to which frictions existed, necessitating policy intervention.

The authors highlight three types of congestion externalities that can cause significant strains in an economic system. First, there may be spillovers generated by congestion in the bankruptcy process as many firms exhaust their cash reserves and become unable to service their debts and fixed obligations. Second, congestion arises in capital markets when a glut of firms close simultaneously, resulting in rushed business liquidations and fire sales that could create large deadweight societal losses. Third, congestion in the labor market due to mass furloughs and layoffs could prevent workers from finding a new job or reentering the workforce, as well as overwhelming the unemployment insurance (UI) system.

TARGETING AND IMPLEMENTING SMALL BUSINESS SUPPORT IN A DISASTER
In an ideal world, government assistance to businesses during an economic crisis would be optimally targeted toward firms (1) with operations severely affected by the shock; (2) that are unable to smooth the shock on their own; or (3) for which bankruptcies would create substantial spillovers. However, in practice, programs need to minimize administrative burdens and maximize take-up, which requires using relatively simplistic targeting that exploits existing government data.

The authors describe a new program called Business Continuity Insurance, which they proposed in a previous paper co-authored with Jeremy Stein (Harvard University). The design of this proposed policy takes seriously the challenge of targeting business support toward firms with the highest private benefit and social insurance value relative to program cost. The program targets assistance to firms whose operations are severely affected by a current shock, that are unable to smooth the shock on their own, and for which bankruptcies would create substantial spillovers. In this report, they outline key features of such a program.

First, when it comes to implementation, the authors view the key goal of any business support program as helping private firms cover the cost of their fixed and hard-to- renegotiate obligations, with the idea being that these costs would most threaten inefficient firm liquidations and spillover damage to the economy. Their approach is agnostic to the firm’s choice of capital structure (mortgage borrowing vs. rent structures), treats lease equipment and debt more generously because it excludes depreciation and profits, and allows for flexibility in contract negotiations.

Second, support in a noneconomic crisis should include repayment terms that are “soft” (i.e., do not take the form of traditional debt). They note that well-designed repayment terms can help ensure that the only firms applying for assistance will be those that genuinely need help. They also argue that small-business support should be deployed by the IRS for three reasons: first, the IRS has direct access to the corporate tax returns needed to construct a measure of a firm’s fixed obligations; second, the existing IRS enforcement framework for tax evasion could be naturally extended to this program to prevent fraud and abuse; and third, deploying funds through the IRS limits the extent to which frictions might deter private intermediaries from helping firms access socially valuable support.

POLICY TOOLS TO PROMOTE RECOVERY
Additional policy tools – beyond business support during a crisis – could be used to promote economic recovery once a crisis has passed. The authors observe that the policy case for small-business support in the wake of a shock is considerably weaker than during the shock, and hence the government should not be as involved in directly providing small business support once the crisis subsides. However, other policy tools could serve two purposes. First, to the extent the crisis generates an aggregate demand shortfall, there is a case for traditional fiscal and monetary policy to close the output gap. Second, and perhaps more relevant in a disaster, there may be a case for promoting reallocation either by socializing startup costs or by taking other steps to facilitate firm entry and exit.