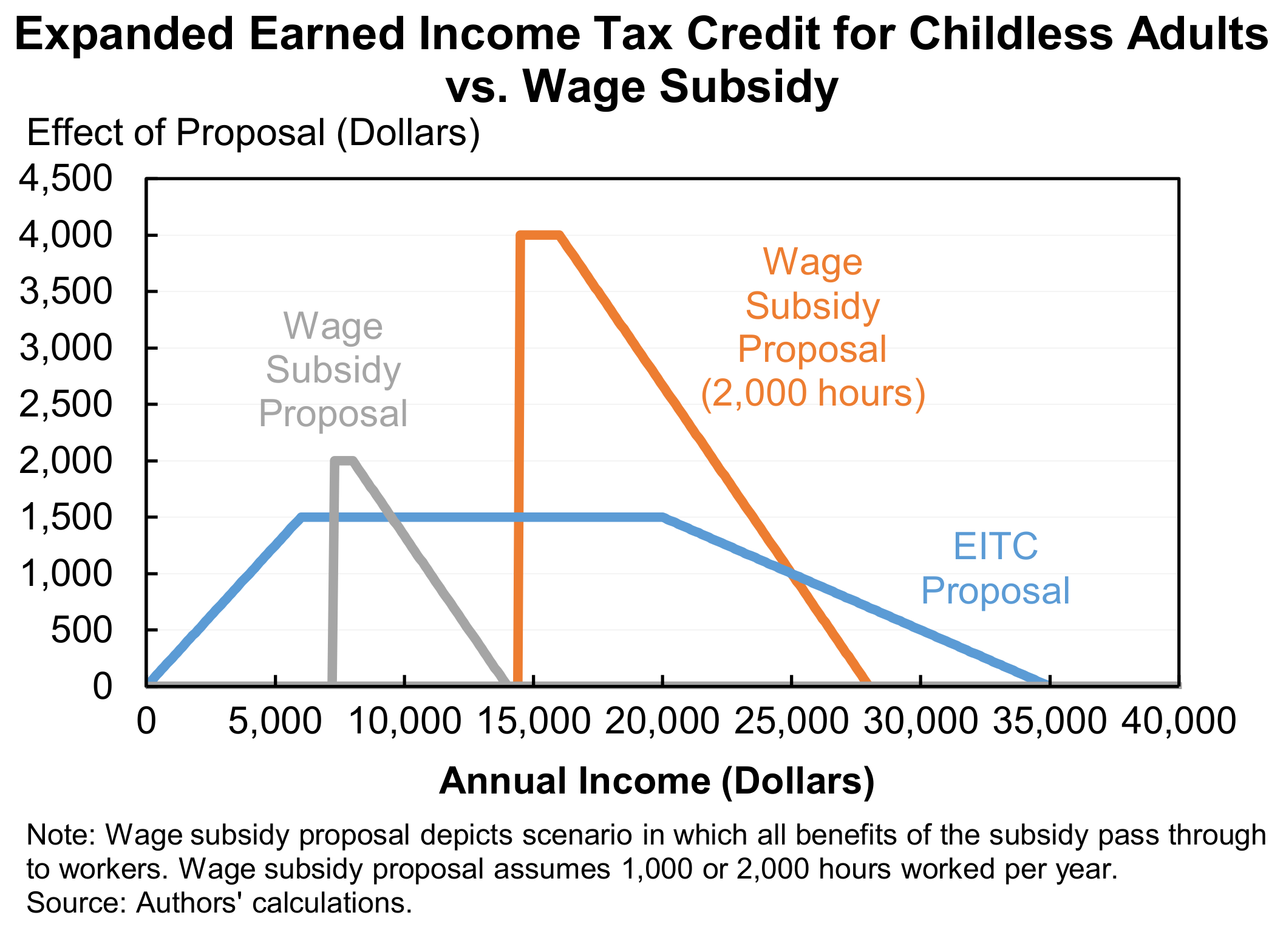 Authors Jason Furman and Phillip Swagel propose two alternative policy options for promoting increased earnings and employment of low-income households: expanding the Earned Income Tax Credit (EITC) among childless workers, and implementing a wage subsidy for low-income workers that would be administered through employers. The EITC is based on household income and administered as a tax credit, while the subsidy based on hourly wages would require no filing or administrative effort by workers. They compare and contrast the costs and benefits of these two approaches to raising wages. Their two policy options are meant as part of a response to the sluggish income growth at the bottom of the distribution over the past several decades. Over the long term, a broad set of policies is needed to boost productivity and ensure that the resulting incomes gains are widely shared—and Furman and Swagel discuss the elements of such an agenda that should receive bipartisan support. Over the near-term, however, the policies they propose are well-targeted to improving the incomes and participation rate of workers at the bottom who have been left behind by the rising prosperity of the U.S. economy.