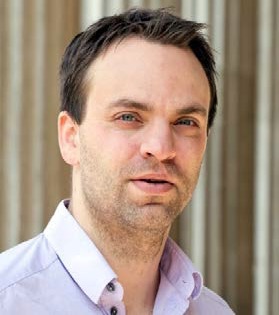 The University of Chicago

MAGNE MOGSTAD is the Gary S. Becker Professor in Economics and the College in the Kenneth C. Griffin Department of Economics at the University of Chicago, as well as the Director of the Ronzetti Initiative for the Study of Labor Markets at the Becker Friedman Institute at the University of Chicago. Magne has published extensively in leading scholarly journals. He is a current co-editor of the Journal of Political Economy, and he previously served as a co-editor of the Journal of Public Economics and a foreign editor of the Review of Economic Studies. He is a recipient of the Alfred P. Sloan Foundation Fellowship, the 2017 IZA Young Labor Economist Award, and the 2020 Sherwin Rosen Prize for outstanding contributions in the field of labor economics.

It's not a new idea, but few could have predicted that talk about universal basic income (UBI) would be receiving as much attention as it is today — especially among candidates for president of the United States.
Kearney and Mogstad argue that, in practice, a UBI would be an extremely expensive, inefficiently targeted, and potentially harmful policy that would solve none of the economic challenges it purports to address.
Sign up to stay connected with the Aspen Economic Strategy Group and be among the first to know about our upcoming publications and events.
Sign Up
This website uses cookies to improve your experience. By using this site you consent to our use of cookies. Cookie settingsACCEPT
Privacy & Cookies Policy