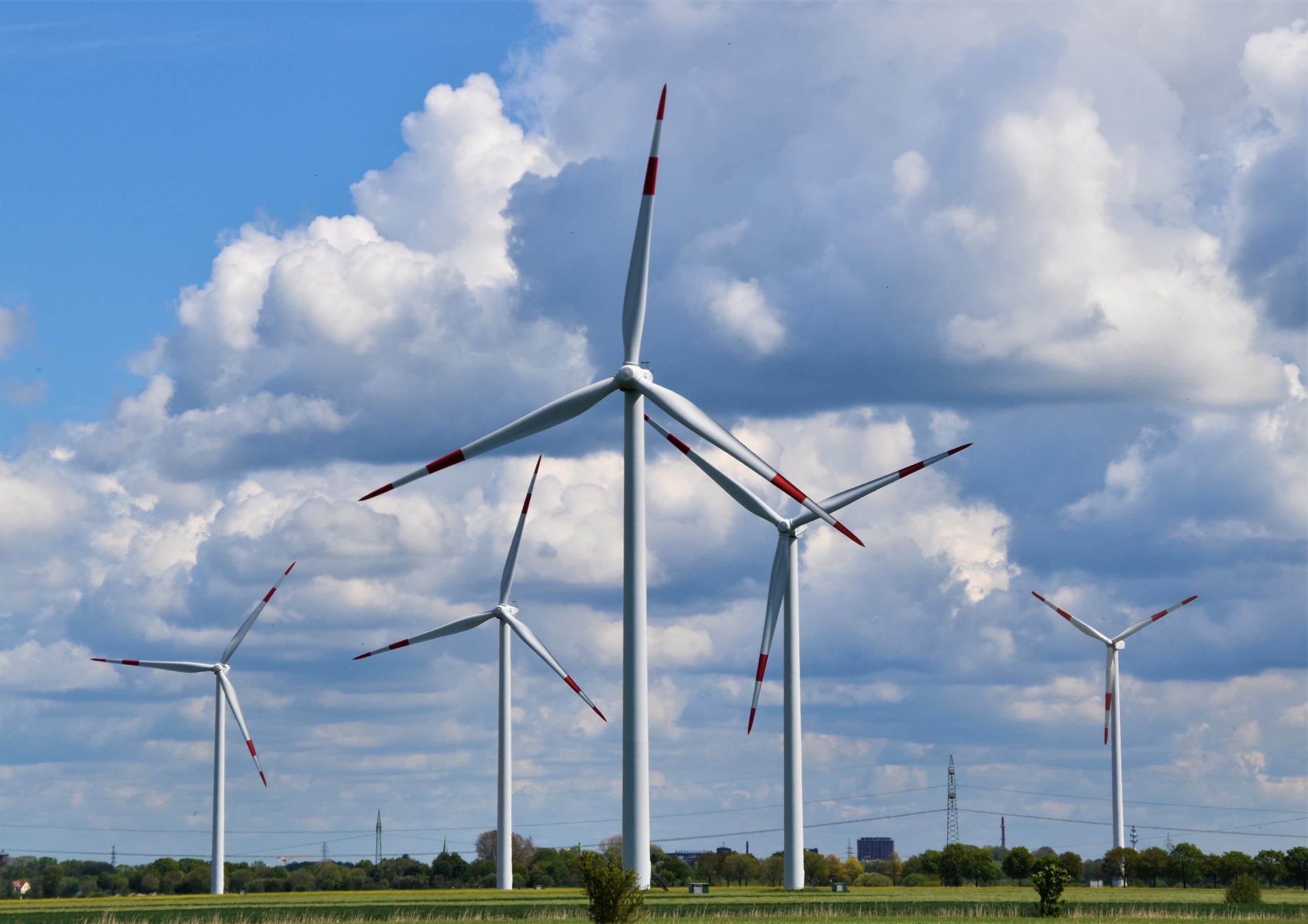 Economists Severin Borenstein (Berkeley Haas School of Business) and Ryan Kellogg (University of Chicago Harris School of Public Policy) discuss the major barriers that need to be overcome in order to successfully execute a transition to a reliable low-carbon energy system at reasonable cost. The authors observe that the country must rapidly reduce greenhouse gas (GHG) emissions while maintaining energy affordability, reliability, and resilience, and address the historical socioeconomic and racial disparities in both access to energy consumption and harm from energy production.

Their report offers a number of concrete suggestions for an energy infrastructure policy agenda, in addition to broad clean energy production incentives:

THE CORE CHALLENGE
Unlike fossil fuels, which provide cheap, reliable sources of energy that can be stored and transported, wind and solar generation are intermittent, costly to store, and are not dispatchable. Providing reliable, zero-carbon emission supply will require combining wind and solar resources with investments in dispatchable zero-emission sources (such as nuclear or hydroelectric sources), long-distance transmission, demand flexibility, and storage technologies. Doing so will require large, policy-driven investments in new energy infrastructure for generation, transmission, storage, and distribution of zero-emission power. A central policy challenge is how to catalyze the necessary investments without unduly increasing costs to end-users.

LOW CARBON TECHNOLOGIES
Reducing costs of nuclear power and developing and scaling carbon capture and sequestration technology would make significant strides toward achieving a zero-carbon economy. In the near-term, the primary pathway for providing clean energy is electrification. Thus, over at least the next decade, widespread use of intermittent renewables—wind and solar power—will be necessary. However, wind and solar alone cannot support a stable electricity system because their production pattern is determined by nature.

The authors argue that a combination of four different approaches could maintain grid stability in a system with very high levels of intermittent generation: long-distance power transmission, storage, demand flexibility, and dispatchable generation. However, they acknowledge that each of these four approaches has its own challenges:

One specific area where policy can also promote and accelerate low-carbon technology is supporting the development of widespread electric vehicle (EV) charging infrastructure, including the electrical distribution system upgrades needed to support the service. Overcoming the network economics challenge of rapidly growing both EVs and EV charging infrastructure is important, but there is still great uncertainty about the best technologies, locations, and business models for EV charging. Hence, flexible approaches to government support are needed, with a goal of supporting experimentation on charger siting strategies and business models.

RESEARCH AND DEVELOPMENT INVESTMENT
Rapid innovation is needed on multiple fronts to address the challenges and opportunities outlined above. Given uncertainties about technological progress, the authors argue that broad incentives that do not discriminate across zero-emissions resources—such as carbon pricing, clean energy standards, or clean energy subsidies—will be essential for directing capital toward cost-effective investments in clean energy infrastructure.

In addition, direct government investment in research and development in the energy sector is necessary to promote uninhibited knowledge sharing across industries and countries, and particularly with the developing world. Most of the GHGs in the atmosphere today were put there by what are now wealthier nations. But wealthy countries also have a self- serving incentive to share low-carbon technologies in order to avoid having nations now coming out of poverty ramp up their growth through intensified use of fossil fuels, because emissions from that pathway will create spillover damages to the wealthier countries.

WHOLESALE MARKET DESIGN
A core challenge in electricity markets is how to reward suppliers whose value does not fit the standard per-kilowatt-hour compensation paradigm. These include sources that can change output rapidly on demand, such as battery storage and hydroelectric generation, as well as sources that can be stored for very long periods of time and then reliably operate when needed.

Wholesale electricity markets have also been hindered by policies that subsidize and/or mandate certain sources of electricity generation rather than taxing greenhouse gas emissions. Instead of increasing wholesale prices, as a carbon price would do, these approaches have reduced wholesale prices, which has squeezed the profits of nuclear, hydro, and other generation sources that are near carbon free but have not been included in states’ subsidies and mandates. This problem has been especially severe for existing nuclear power plants, many of which are not earning revenue sufficient to cover their ongoing operating costs. Because wholesale prices are depressed by renewable generation policies, the standard market test doesn’t convey appropriate information about whether these plants should continue to operate. In addition, the authors contend that transitioning from bilateral power trades to highly organized and centralized wholesale auctions could help reduce costs and promote dispatch of renewable generation.

SUSTAINABLE RETAIL PRICING AND DISTRIBUTED ENERGY RESOURCES
Many states that have aggressively pursued decarbonized energy have covered costs by increasing volumetric electricity rates, oftentimes above social marginal cost. These high prices discourage electrification, create perverse incentives for behind-the-meter (BTM) generation and storage (such as rooftop solar installation), and disproportionately burden low-income customers, making it one of the least-desirable funding options. Alternative funding sources, such as fixed monthly charges indexed to income, or allocating state and federal funds from other sectors would be less regressive than raising electricity prices.

ENERGY INFRASTRUCTURE AND LOCAL COMMUNITY IMPACTS
Energy infrastructure, while integral to US economic growth, has historically produced negative local environmental impacts and local pollutants that have disproportionately harmed disadvantaged communities. There are many policy choices that could have inequitable impacts in the transition to zero-emissions sources. For example, broad, zero- carbon incentive policies could fail to reduce emissions from sources of local pollution that are concentrated in “hotspots” near disadvantaged communities. Similarly, if carbon capture technologies become a significant mechanism for achieving zero emissions, then plants that continue to burn fossil fuels might still emit local pollutants, even if the carbon is captured. Thus, policies that incentivize zero-emission energy infrastructure must also be accompanied by policies that guard against the possibility of local pollution “hotspots” during the transition.

STRANDED FOSSIL FUEL ASSETS
The environmental hazards presented by the current stock of orphaned wells must be addressed by direct public investment in their decommissioning. The decommissioning of all of these wells – including restoration of their surroundings – is likely to cost more than $10 billion by one estimate. A silver lining to this necessary expenditure is that it provides an opportunity to employ oil and gas workers who would otherwise be displaced by the transition to zero-emission energy infrastructure. One estimate suggests that decommissioning the full inventory of orphaned wells would require 100,000 person-years of labor. The natural source of such labor would be displaced oil and gas workers, whose skills would naturally transfer to well decommissioning work. Well decommissioning would employ a valuable stock of human expertise that would otherwise depreciate away were these workers to move to another sector or drop out of the labor force. These job opportunities may also soften political opposition to the zero-emission energy transition. Although well decommissioning is not a long-run solution to displacement of oil and gas workers, it could serve as a temporary bridge to future employment opportunities in geothermal energy, offshore wind, carbon sequestration, or other clean energy technologies.

CONCLUDING OBSERVATIONS
The authors conclude their report by noting that the defining energy challenge of the 21st century is to transition the provision of energy services to zero-emissions sources, while simultaneously controlling costs and ensuring the reliability of energy supply. This transition will require historic investments in zero-emissions energy generation, transmission, storage, and distribution infrastructure. Federal policy choices will play a leading role in determining whether, where, and when these investments will occur, how costly they will be, and who will bear those costs.