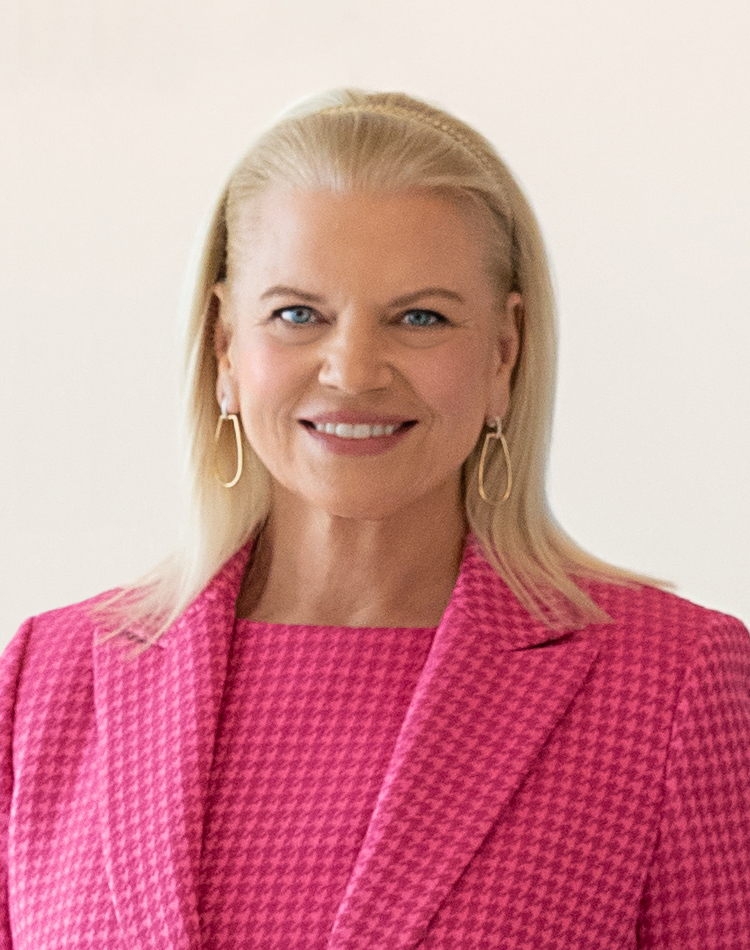 VIRGINIA M. (GINNI) ROMETTY is the former Chairman, President and Chief Executive Officer of IBM. Ginni became CEO of IBM in 2012 and retired form the company on December 31, 2020. During her tenure she made bold changes to reposition IBM for the future, investing in high value segments of the IT market and optimizing the company’s portfolio. Ginni also established IBM as the model of responsible stewardship in the digital age. She was the industry’s leading voice on technology ethics and data stewardship, working relentlessly to safely usher new technologies into society. Ginni is the co-chair of OneTen, an organization that will combine the power of committed US companies to upskill, hire and promote one million Black Americans over the next 10 years into family-sustaining jobs with opportunities for advancement. She serves on the Board of Directors of JPMorgan Chase, the Board of Directors of Cargill, the Board of Trustees of Northwestern University, where she is a Vice Chair, the Board of Trustees of Memorial Sloan-Kettering Cancer Center, the Board of Trustees of the Brookings Institute, and on the Council on Foreign Relations.  Ginni is a member of the Singapore Economic Development Board International Advisory Council, Mitsubishi UFJ Financial Group Advisory Board and the BDT Capital Advisory Board. Ginni also serves as the Massachusetts Institute of Technology (MIT) Visiting Innovation Fellow. Ginni has a Bachelor of Science degree with high honors in Computer Sciences from Northwestern University, where she later was awarded an honorary degree. She also has honorary degrees from Rensselaer Polytechnic Institute and North Carolina State University.