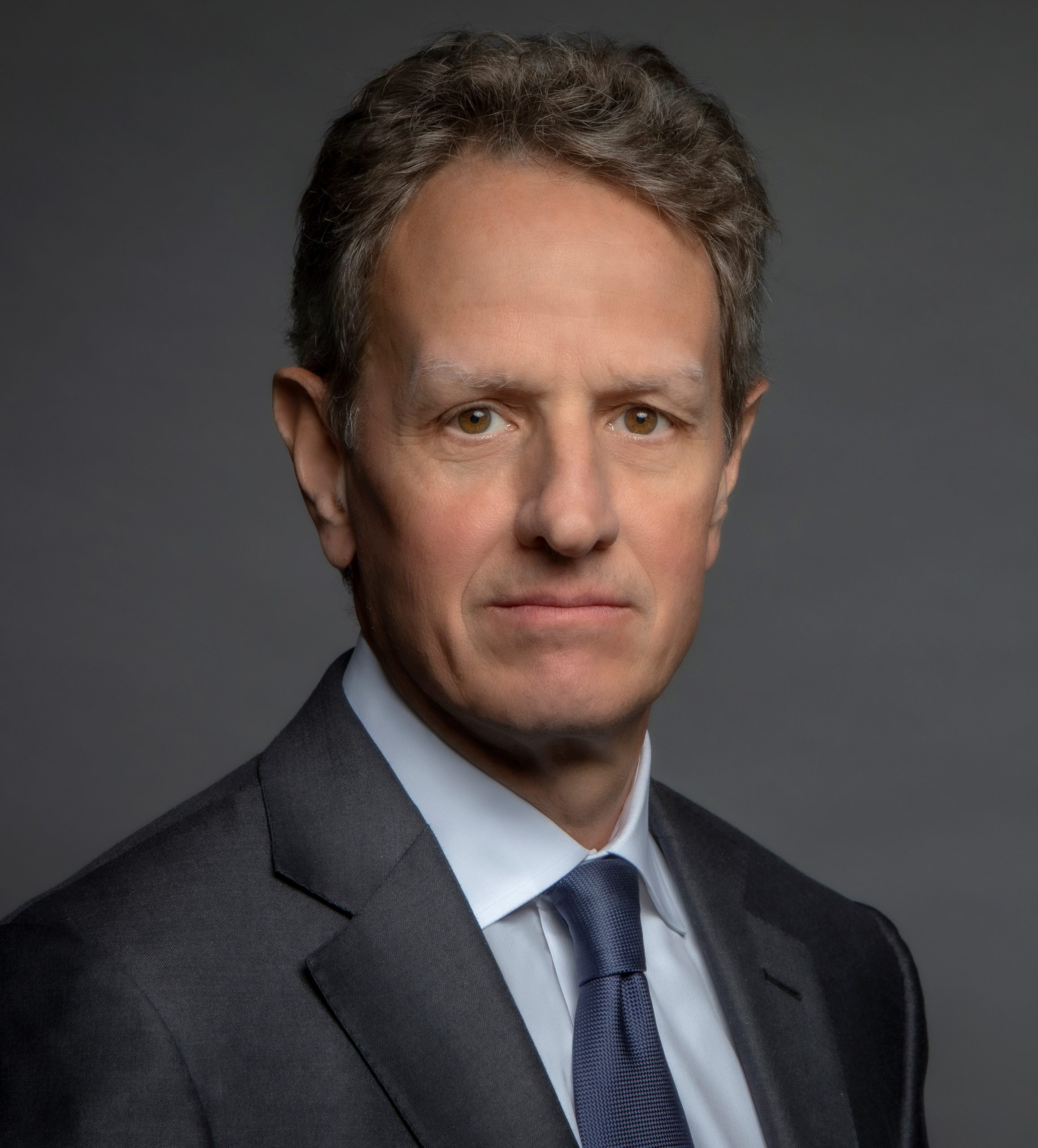 TIMOTHY F. GEITHNER is currently President of Warburg Pincus, a global private equity firm. Mr. Geithner was the 75th Secretary of the Treasury for the first term of President Barack Obama’s administration. Between 2003 and 2009, Mr. Geithner served as President and Chief Executive Officer of the Federal Reserve Bank of New York. He first joined the Treasury Department as a civil servant in 1988 and held a number of positions in three administrations, including Undersecretary for International Affairs under Secretaries Robert Rubin and Lawrence Summers. Mr. Geithner is Chair of the Program on Financial Stability at the Yale University School of Management, where he is also a visiting lecturer. He is Co-Chair of the Board of Directors of the International Rescue Committee. He serves on the Board of Directors of the Council on Foreign Relations. He is a member of the Group of Thirty. Mr. Geithner is the author of STRESS TEST: Reflections on Financial Crises. He also co-authored FIREFIGHTING and co-edited FIRST RESPONDERS with Ben S. Bernanke and Henry M. Paulson, Jr. Mr. Geithner holds a B.A. in government and Asian studies from Dartmouth College and an M.A. in international economics and East Asian studies from Johns Hopkins School of Advanced International Studies.