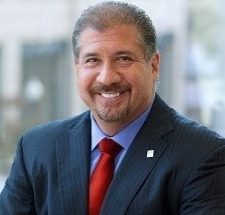 MARK WEINBERGER was the Global Chairman and CEO of EY, a leading global professional services organization with approximately 300,000 people, operating in more than 150 countries. Mark’s government experience includes serving as Assistant Secretary of the U.S. Department of the Treasury (Tax Policy) in the George W. Bush Administration. Mark was also appointed by President Clinton to serve on the Social Security Administration Advisory Board, which advises the President and Congress on all aspects of the Social Security system. He served as a member of President Trump’s former Strategic and Policy Forum and as a member of President Obama’s Infrastructure Task Force. He has held other notable US government and policy positions, including Chief of Staff of President Clinton’s 1994 Bipartisan Commission on Entitlement and Tax Reform; Chief Tax and Budget Counsel to US Senator John Danforth (R-Missouri); advisor to the National Commission on Economic Growth and Tax Reform; and Commissioner on the National Commission on Retirement Policy. He is on the Board of Directors of Johnson & Johnson, MetLife and Saudi Aramco. Mark is also on the Board of Directors of JUST Capital. He serves as a Senior Advisor to Stone Canyon Industries Holdings, Teneo and Tanium. Mark is an Executive Advisor to G100 and World 50. Mark also serves as a Strategic Advisor to the Board of FCLTGlobal, which focuses on long-term investing and corporate governance, something Mark has been extensively involved in with the Coalition for Inclusive Capitalism. He sits on the Board of Directors of the National Bureau of Economic Research (NBER), is a Senior Advisor to Chief Executives for Corporate Purpose (CECP) and is a member of the Aspen Economic Strategy Group. Mark sits on the Board of Trustees for Emory University and Case Western Reserve University. Mark has a BA from Emory University in Atlanta, Georgia, an MBA and JD from Case Western Reserve University in Cleveland, Ohio, and an LLM in Taxation from Georgetown University Law Center in Washington, DC.