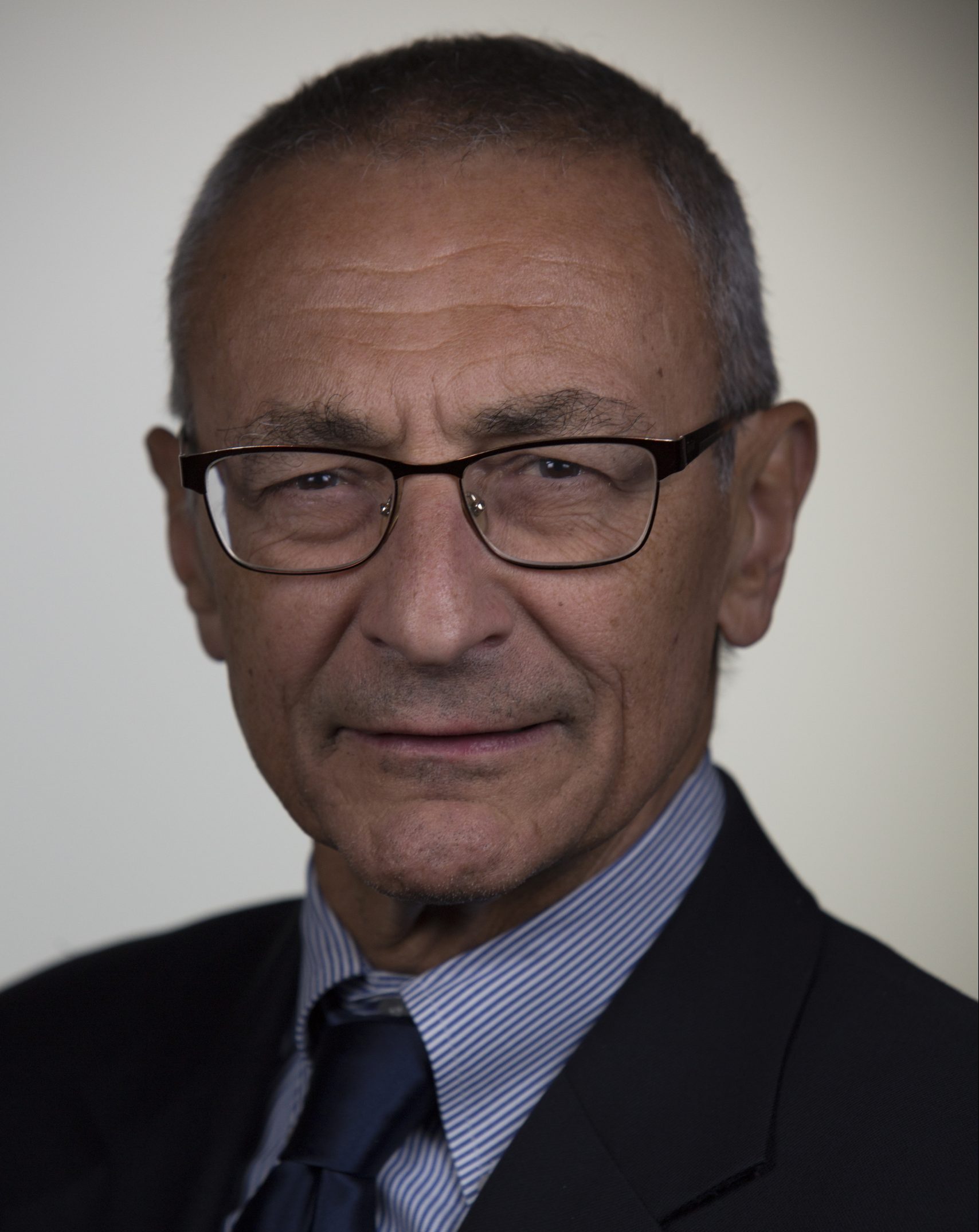 Founder and Chair of the Board

JOHN PODESTA is the Founder and Chair for the Washington, D.C.-based think tank Center for American Progress and a Founder and Chair of the Washington Center for Equitable Growth. Podesta served as counselor to President Barack Obama, where he was responsible for coordinating the administration’s climate policy and initiatives. In 2008, he served as co-chair of President Obama’s transition team, where he coordinated the priorities of the incoming administration’s agenda and spearheaded its appointments of cabinet secretaries and senior political appointees. Podesta served as White House Chief of Staff to President William J. Clinton, where he was a member of the president’s cabinet and served on the National Security Council. Additionally, Podesta has held numerous positions on Capitol Hill, including counselor to Democratic Leader Sen. Thomas A. Daschle (1995-1996) and served on the President’s Global Development Council and the UN Secretary General’s High-Level Panel of Eminent Persons on the Post-2015 Development Agenda. In 2016, Podesta chaired Hillary Clinton’s campaign for president. A Chicago native, Podesta is a graduate of Knox College and the Georgetown University Law Center, where he is currently a visiting professor of law. He is the author of The Power of Progress: How America’s Progressives Can (Once Again) Save Our Economy, Our Climate and Our Country.