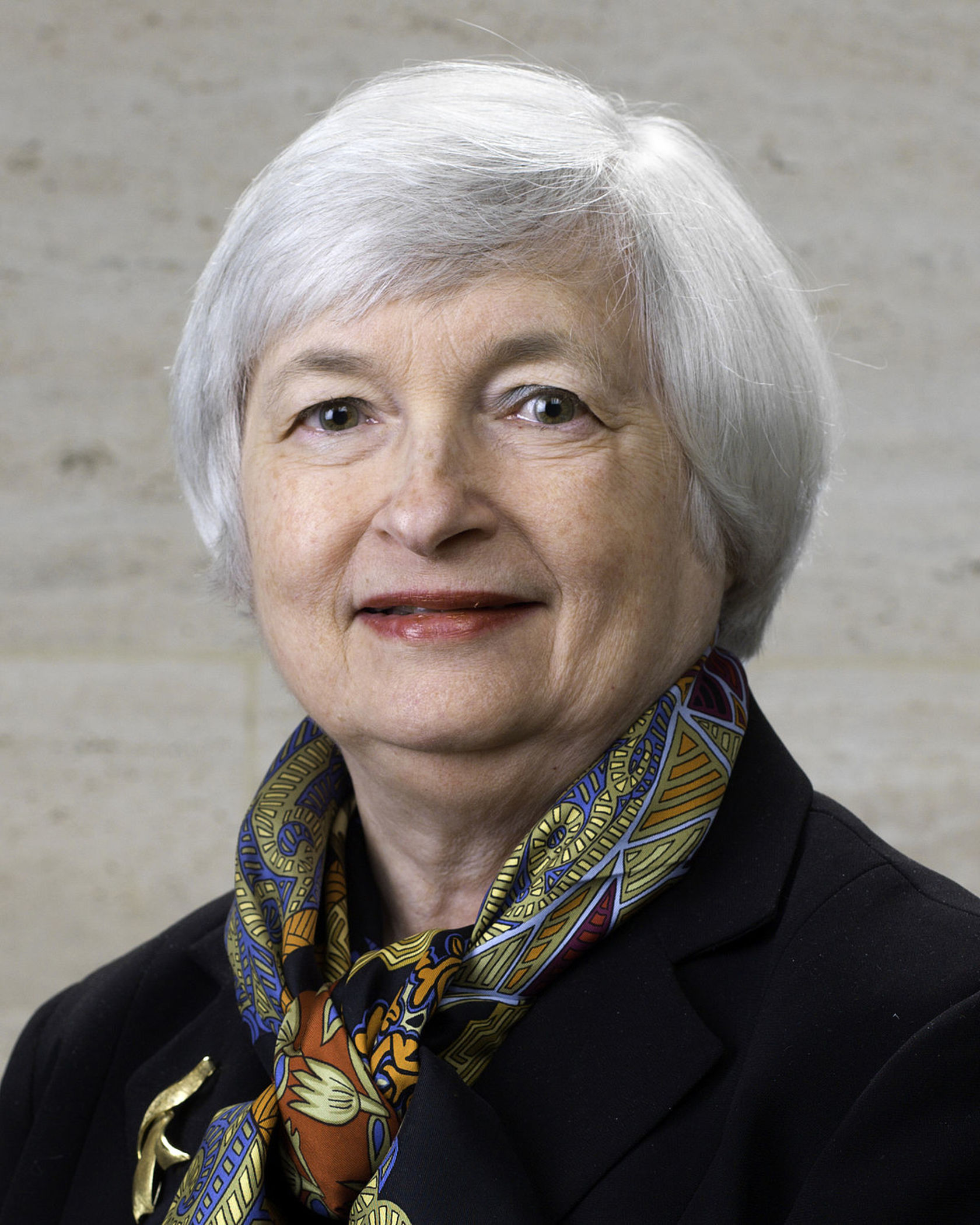 JANET L. YELLEN is a Distinguished Fellow in Residence with the Economic Studies Program at the Brookings Institution and former chair of the Federal Reserve Board. Yellen also served as vice chair of the Federal Reserve Board, president and chief executive officer of the Federal Reserve Bank of San Francisco, as well as chair of the White House Council of Economic Advisors. Yellen is professor emerita at the University of California–Berkeley where she was the Eugene E. and Catherine M. Trefethen Professor of Business and Professor of Economics and has been a faculty member since 1980. In 2012, Yellen was appointed distinguished fellow of the American Economic Association, where she is currently president. Yellen is a member of the American Academy of Arts and Sciences, the Council on Foreign Relations, the Economic Strategy Group of the Aspen Institute, the Group of Thirty, and the Climate Leadership Council (for which she was a founding member). She serves on the advisory boards of the Bloomberg New Economic Forum, the Committee for a Responsible Federal Budget and Fix the Debt Coalition, and the Washington Center for Equitable Growth Steering Committee. Yellen graduated summa cum laude from Brown University with a degree in economics in 1967 and received her Ph.D. in economics from Yale University in 1971. Yale awarded Yellen the Wilbur Cross Medal in 1997. In 1998, Brown awarded her an Honorary Doctor of Laws degree, and in 2000, Bard College awarded her a Doctor of Humane Letters. Her scholarship has covered a range of macroeconomic issues, with a special focus on the causes, mechanisms, and implications of unemployment.