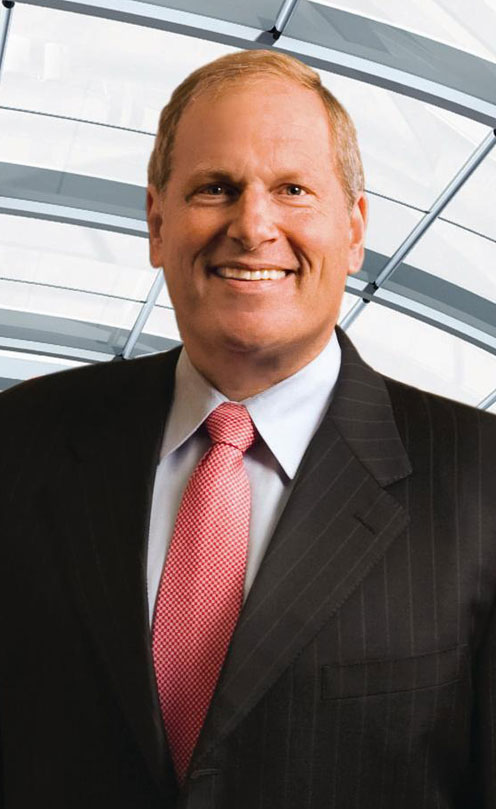 DAVID COTE is the Executive Chairman of Vertiv Holdings, International best-selling business book author of Winning Now, Winning Later, and former Chairman and CEO of Honeywell. He was elected president, CEO, and a member of Honeywell’s Board in February 2002, and named chairman of the Board on July 1, 2002. He retired as CEO in 2017 and as Chairman 2018. In 2018, Cote launched a Spac (GSAH) with his partner Goldman Sachs, before it later combined with Vertiv in 2020. Cote was elected to the Federal Reserve Bank of New York in 2014 and continued through 2018, as a Class B director to represent the interests of the public. From 2012 to 2013, Cote served as a founding member of the steering committee of the Campaign to Fix the Debt. Cote was named Vice Chair of the Business Roundtable in 2011 and chaired its Energy and Environment Committee. In 2010, Cote was named by President Barack Obama to serve on the bipartisan National Commission on Fiscal Responsibility and Reform (Simpson-Bowles Commission). Cote was named Co-Chair of U.S. India Forum in 2009 and was a member of the Forum since 2005. Cote holds a number of awards, including the Horatio Alger Award, the Australian Association’s Award for Excellence, and the Asia Society’s Global Leadership Award. He was named CEO of the Year from Chief Executive Magazine for 2013 as well as one of Barron’s Top 30 CEOs globally for five consecutive years. Cote also received the Peter G. Peterson Award for Business Statesmanship from the Committee for Economic Development in 2012, and the Distinguished Achievement Award from B’nai B’rith International in 2011. Cote earned a bachelor’s degree in business administration in 1976 and received an honorary Doctor of Humane Letters from the University of New Hampshire in 2011. He was also named Honorary Professor from Beihang University of Aeronautics and Astronautics and the Graziadio School of Business and Management, Pepperdine University.