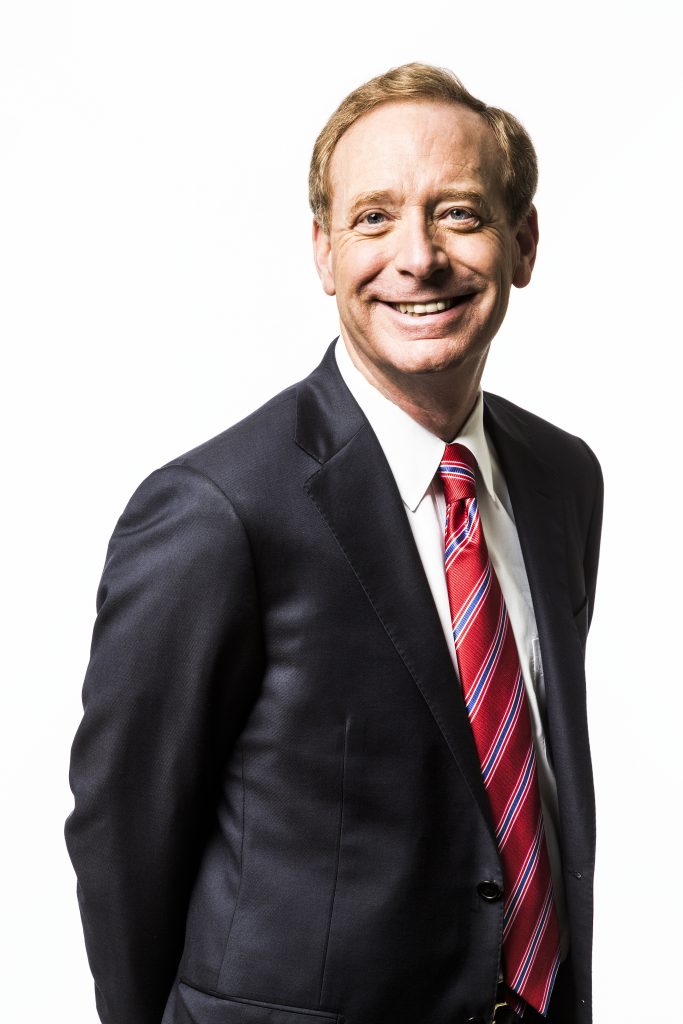 BRAD SMITH, as Microsoft’s vice chair and president, leads a team of more than 1,900 business, legal and corporate affairs professionals located in 54 countries and operating in more than 120 nations. He plays a key role in spearheading the company’s work on critical issues involving the intersection of technology and society, including cybersecurity, privacy, artificial intelligence, environmental sustainability, human rights, immigration and philanthropy. He has testified numerous times before the U.S. Congress and other governments on these key policy issues.

Smith joined Microsoft in 1993, first spending three years in Paris leading the legal and corporate affairs team in Europe. In 2002, he was named Microsoft’s general counsel and spent the following decade leading work to resolve the company’s antitrust controversies with governments around the world and companies across the tech sector.

Prior to joining Microsoft, Smith was an associate and then partner at the law firm of Covington and Burling, where he is still remembered as the first attorney in the long history of the firm to insist (in 1986) on having a personal computer on his desk as a condition for accepting a job offer. In addition to his work at Microsoft, Smith is active in several civic organizations and in the broader technology industry. He has served on the Netflix board of directors since 2015 and chairs the board of directors of both Kids in Need of Defense (KIND) and the Washington State Opportunity Scholarship program.

Smith grew up in Appleton, Wisconsin, where Green Bay was the big city next door. He attended Princeton University, where he met his wife, Kathy. He earned his J.D. from Columbia University Law School and studied international law and economics at the Graduate Institute in Geneva, Switzerland.