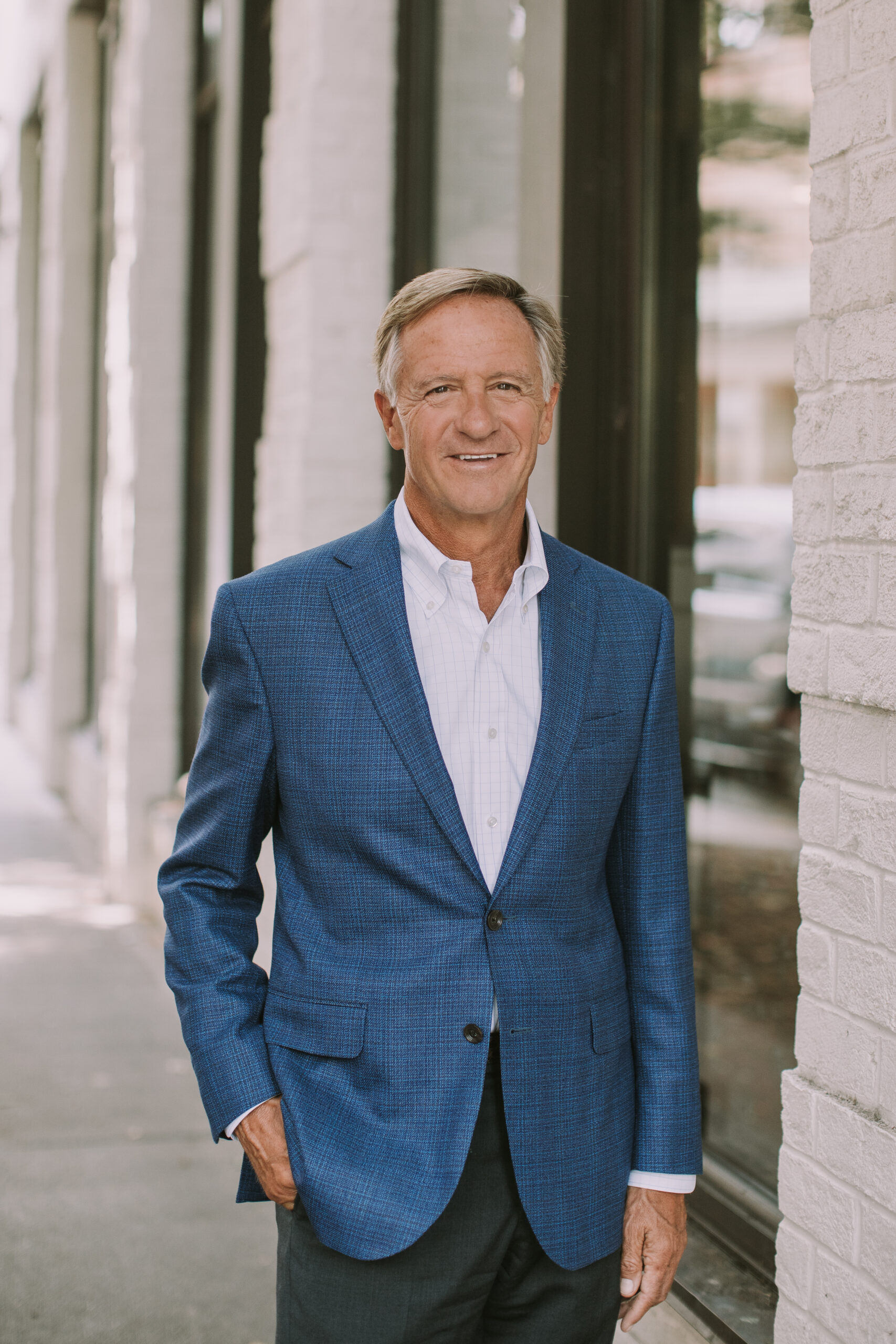 BILL HASLAM is the former governor of the State of Tennessee. He was first elected in 2010 and was re-elected in 2014 with the largest victory in modern Tennessee history. Under his leadership, Tennessee became recognized as a national leader in education, economic development, efficient and effective government, and fiscal strength. During his two terms as governor, Tennessee students were the fastest improving in the country in academic achievement, and high school graduation rates reached an all-time high. Tennessee became the first state in the nation to offer high school graduates and adults two years of community or technical college free of mandatory tuition and fees as part of the governor’s Tennessee Promise and Tennessee Reconnect programs. Approximately 450,000 private sector jobs were created during his time in office, and Tennessee’s unemployment rate reached the lowest level recorded in state history. Haslam proposed and implemented significant legislative initiatives, including working with the Tennessee General Assembly to simultaneously pass the largest tax cut in Tennessee history and improve the state’s transportation infrastructure. In 2003, Haslam ran successfully for mayor of Knoxville and was overwhelmingly re-elected in 2007. Since leaving office, Haslam has returned to the private sector and continues to be engaged on many local and national issues. He is currently the Chair of the Wilson Center and serves on the National Board of Directors for Teach for America and Young Life Board. In addition, he is the Co-Chair of the Vanderbilt Project on Unity and American Democracy. Haslam is also the author of Faithful Presence:  The Promise and Peril of Faith in the public Square. Haslam and his wife, Crissy, have been married for 40 years and are blessed with three children and ten grandchildren.