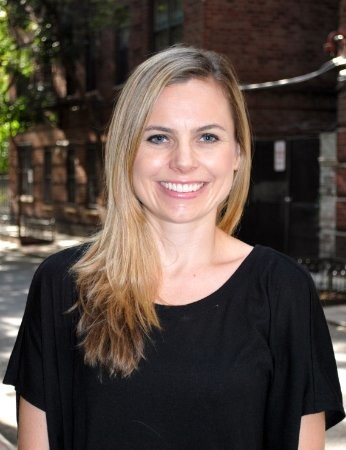 AMY GANZ is Deputy Director of the Aspen Economic Strategy Group. She has worked in several policy research and analysis roles focused on tax policy, housing and urban policy, and state and local finance. She holds a BA in economics and political science from Wheaton College and an MPA in public policy analysis from NYU Wagner School of Public Service.

Bipartisan support in Congress is emerging for new strategic investments in science and technology, in addition to a trillion-dollar infrastructure deal. These proposals reflect an emerging consensus that large-scale government investments are necessary to support the US economy’s transition to sustainable energy sources, address underlying sources of domestic inequality, and promote American economic competitiveness.  In […]
The Biden Administration’s American Jobs Plan and American Families Plan propose over $4.1 trillion in new government spending over the next 10 years, aiming to fundamentally reshape and expand the social safety net, increase the economy’s productive potential through investments in physical and human capital, and make major public investments in green infrastructure and technology.  […]
The United States is currently gripped by deep uncertainty and economic anxiety. At the time of this writing, the United States is six months into the COVID-19 pandemic. More than 190,000 Americans have died from COVID (CDC 2020); more than 13 million Americans remain unemployed (Bureau of Labor Statistics 2020); and tens of thousands of businesses remain closed (Grossman 2020). Meanwhile, protests against racial injustice continue across the country, and in a number of tragic instances, they have been overtaken by violence. Wildfires rage through the northern Pacific states. In Oregon, 40,000 people have been evacuated and more than 1,500 square miles have burned. California has already experienced three of the top four largest wildfires in its history in this year alone. Perhaps more than any time in recent memory, the economic future of our country feels uncertain.
The covid-19 pandemic has pushed tens of millions of Americans to the brink of eviction, revealing a gaping hole in our social safety net. The CARES Act, a federal eviction moratorium, and state and local renter protections have thus far held back a catastrophic wave of eviction and homelessness.
Ingrid Gould Ellen (NYU Furman Center), Amy Ganz (Economic Strategy Group), and Katherine O’Regan (NYU Furman Center) document the costly externalities that such housing instability poses and propose the creation of a Federal Emergency Rental Assistance Program to provide one-time, short-term financial help to low-income renters who face unexpected financial shocks.
A national debate about the strength and fairness of American capitalism is taking place against a backdrop of vast levels of income and wealth inequality, growing pessimism about the state of economic opportunity and mobility, increased market concentration in many sectors, and a precarious fiscal situation.
This proposal recognizes the simultaneous need for more college educated workers and also for a higher level of labor market skill among non-college educated individuals. The authors propose to invest in the upskilling of the American workplace by better leveraging the potential of the community college sector.
The pursuit of economic opportunity for all Americans is as important to the health of the country’s economy as it is to the strength of its democracy. The promise that hard work and determination will yield economic success is a central American ideal, but it has been called into question as secular economic forces and institutional changes have reshaped the American economy and had an uneven impact on Americans’ ability to prosper.
Sign up to stay connected with the Aspen Economic Strategy Group and be among the first to know about our upcoming publications and events.
Sign Up
This website uses cookies to improve your experience. By using this site you consent to our use of cookies. Cookie settingsACCEPT
Privacy & Cookies Policy