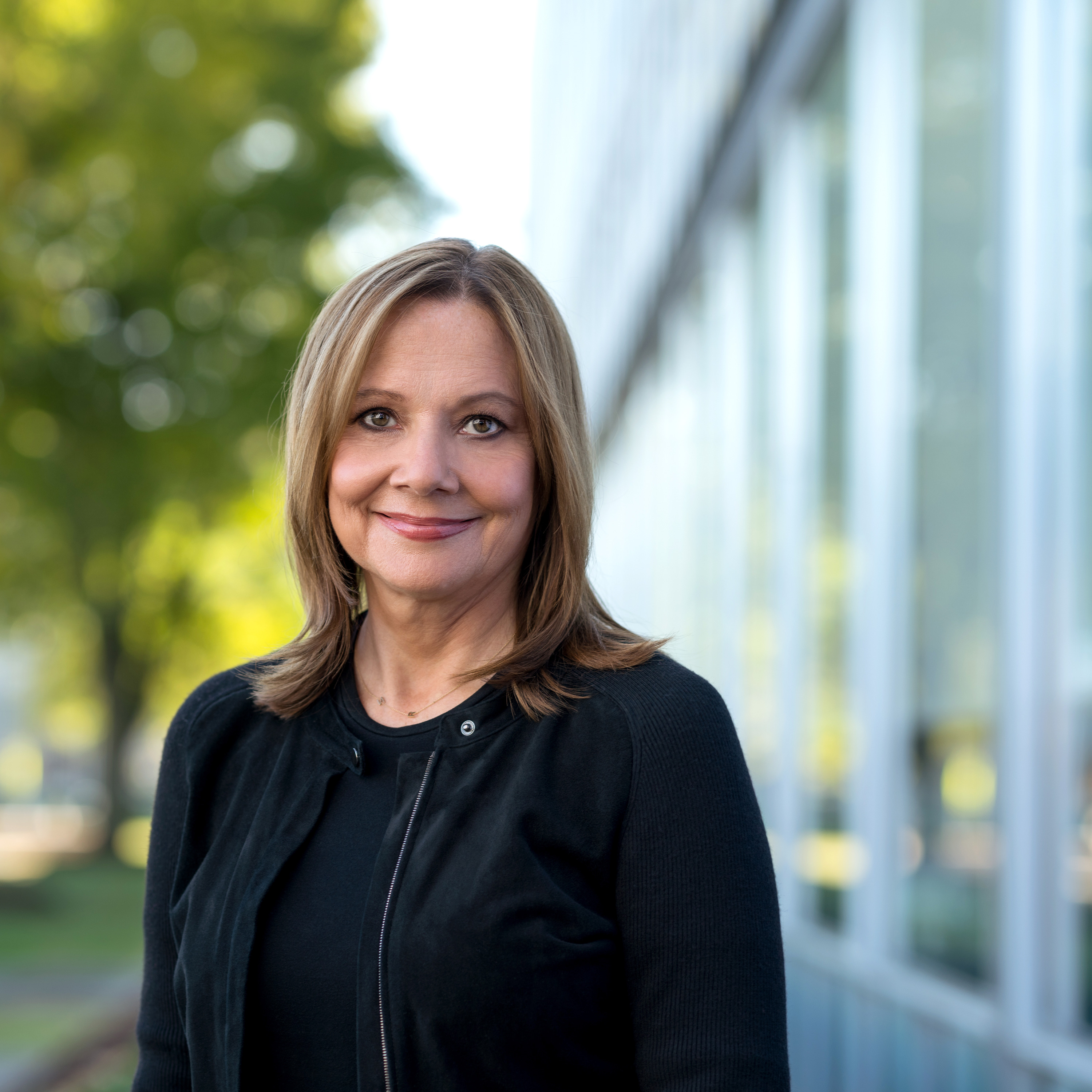 Mary Barra is Chairman and Chief Executive Officer of General Motors Company. She was elected Chairman of the GM Board of Directors on January 4, 2016, and has served as CEO of GM since January 15, 2014. Under Barra’s leadership, GM envisions a world with zero crashes, to save lives; zero emissions, so future generations can inherit a healthier planet; and zero congestion, so customers get back a precious commodity – time. She is focused on improving the customer experience and strengthening GM’s core vehicle and services business, while also working to lead the transformation of personal mobility through advanced technologies like connectivity, electrification and autonomous driving. Prior to becoming CEO, Barra served as executive vice president, Global Product Development, Purchasing & Supply Chain since August 2013, and as senior vice president, Global Product Development since February 2011. In these roles, Barra and her teams were responsible for the design, engineering and quality of GM vehicle launches worldwide. Previously, she served as vice president, Global Human Resources; vice president, Global Manufacturing Engineering; plant manager, Detroit Hamtramck Assembly; and in several other executive engineering and staff positions. Barra began her career with GM in 1980 as a General Motors Institute (Kettering University) co-op student at the Pontiac Motor Division. She graduated with a Bachelor of Science degree in electrical engineering in 1985, followed by a Master of Business Administration from the Stanford Graduate School of Business in 1990. Barra serves on the Board of Directors of the Walt Disney Company, the Duke University Board of Trustees and the Detroit Economic Club. She is a member of The Business Council and an At-Large Board Member of the Business Roundtable, where she also serves as the Chairman of the Education and Workforce Committee.